Business and Economy of Sivakasi

Sivakasi, the quiet little town located in the Virudhunagar district of southern state of Tamil Nadu is a prominent industrial centre and a crucial subscriber to the state's economic system. The industrialized town of Sivakasi is long-familiar for its fireworks, offset printing and safety matches industries that are scattered across the length and breadth of the town. As a matter of fact, the whole country banks on Sivakasi for its quality fire crackers, vivid calendars, safety match boxes, professional diaries and many other top-grade stationeries. It is important to note that the massive industrial base of Sivakasi provides direct employment opportunities to over twenty-five thousand people.

The economic system of Sivakasi is primarily dependent on three industries, and they are
Sivakasi is basically an arid region which makes the town an advantageous option for fire crackers and safety matches' production. In point of fact, fire cracker and safety matches making companies are the exclusive source of money for most of the households domiciling in and around the town of Sivakasi and Virudhunagar district as a whole.

While talking about the success story of Sivakasi in terms of business and economy, the story never gets complete without including this most exciting piece of information that Sivakasi was nicknamed as 'Mini Japan' by Pandit Jawaharlal Nehru, the first Prime Minister of Republic of India. During his visit to this little town of Sivakasi, our first Prime Minister witnessed the pushful and earnest citizens of Sivakasi, and he fondly referred the town as Mini Japan (Chhota Japan in Hindi/Kutty Japan in Tamil).

The technique put-upon while manufacturing fire crackers is normally called as pyrotechnics. The term pyrotechnic is developed from the Greek word 'Pyre' which means fire and technique, which mean applied art. 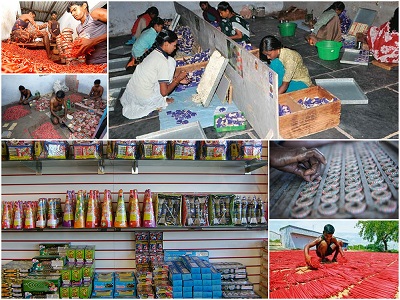 The year 1923 means a lot to the success story of Sivakasi as the first fireworks manufacturing industry started its operation in the town. At present, the massive fireworks industrial base of Sivakasi manufactures four distinctive types of fire crackers which include
The town of Sivakasi is widely looked at as India's fireworks hub as the region is the official address of more than 450 fire crackers manufacturing industries extending direct employment opportunities to over forty thousand people. Not just that as the massive base of fireworks industries in the town offers indirect work opportunities like box making, wire cutting and tube creating works to over one lakh people in the region. Furthermore, the fireworks industries in Sivakasi are growing at a magnificent rate of 10% on a yearly basis.

The yearly production of fire crackers is almost fifty thousand tones and turnover at industry monetary value is approximated around three fifty crore rupees. The Government of Tamil Nadu gained almost forty million rupees through nuisance tax collected from the fireworks industries alone. Besides, fire crackers manufactured in Sivakasi are widely used across the airports located in the country to frighten away the birds to keep off the birds from hitting the airplanes.

It was during the year 1922 when Shri. Shanmuga Nadar and Shri. Ayya Nadar were sent out from Sivakasi to Calcutta to get exposed to the various techniques involved in the safety matches production. Calcutta was the only urban centre in the country to manufacture safety matches those days as the city was the home of a Swedish based multinational safety matches company. 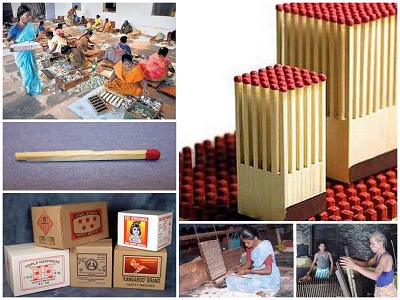 The town of Sivakasi is notable for its printing industries as the region houses more than four fifty printing presses, including offset printing and flexo printing. 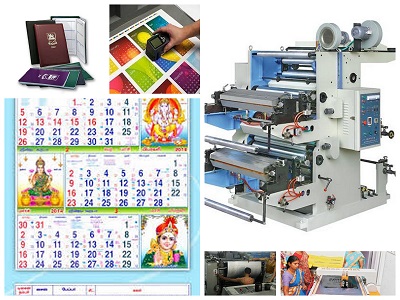 As a matter of fact, Sivakasi falls second only to Gutenburg Press located in Germany for the total number of offset printing machines it owns. Shri. Kaliappa Nadar started the first printing press of Sivakasi known as 'Sivakasi Industrial Printing Works' during the year 1937, which simply kick started the success story of massive printing industry base of the town. Click here for details of printing industry

Some of the common factors responsible for the great success of fireworks, safety matches and printing industries of Sivakasi include: