Sivakasi is well known for its fireworks, match box and printing industries. Other than this information, very little is known about this town in the state of Tamil Nadu. This ancient 15th century town has many ancient temples that are worth paying a visit when you are around Sivakasi. The Pandya Kings who ruled this town for most of the period built many Hindu temples dedicated to Lord Shiva. Some of the prominent temples of Sivakasi town are: 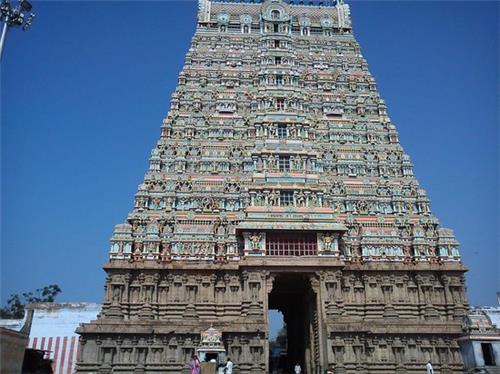 Kasi Viswanatha Swami Temple is one of the ancient temples of Sivakasi. The presiding deity of this temple is Swamy Viswanatha or otherwise popularly known as Kasi Vishwanath. He is nothing but another form of Lord Shiva. And the Goddess worshipped along with the Lord in this temple is known as Visalatchi Ambal.

Every full moon day “Powrami pooja” is performed to the Swami. Another celebration that is popular among the people of Sivakasi is the "Prathosam". "Prathosam" attracts many devotees from far and near to Sivakasi. The days of "Karthikai Thiruvizha", "Aadi Karthigai and Thai Karthigai” are also celebrated with equal importance. "108 Changabishegam" is offered to the Swami on every last Monday of Tamil lunar month and to the Sri Vishalatchi Ambal Goddess on every last Friday of the Tamil Lunar month has special importance to the people of SIvakasi. "Thanga Kavasam Satruthal" performed in the starting of every month as per tamil calendar and Pradthosam performed on Shivratri and other Hindu festival days have special importance.

Sri Mariamman Kovil is one of the important temples of Sivakasi. Goddess Mariamman is the deity of this temple. People of Sivakasi have high regard for this deity. Beautiful silver Ratham is the main attraction of the temple in which the Goddess is carried on special occasions.

Sri Pathira Kaliamman Temple is the temple for the Goddess Sri Pathira Kaliamman. This temple is also an important temple for the people of Sivakasi. The "Kumbabhishekam"of this temple was held on 11-06-1987. This temple has one of the biggest towers of all the Amman temples in India. The main Gopuram of the temple also known as the Raja Gopuram stands at a height of 110 feet with 7 stages and had width of 44 feet with length of 66 feet. The base of the temple was constructed with single stone. It took 6 years to construct the base of 30 feet and carve the base with 100 religious sculptures. The construction of temple was completed in 1.5 years with the help of 30 architectures. One of the grandest celebrations of this temple is Powrnami Puja that is performed on every full moon day. Devotees come in large numbers on full moon day to be part of this pooja. The temple also has a beautiful garden where visitors can relax and enjoy the holy environment of the temple. 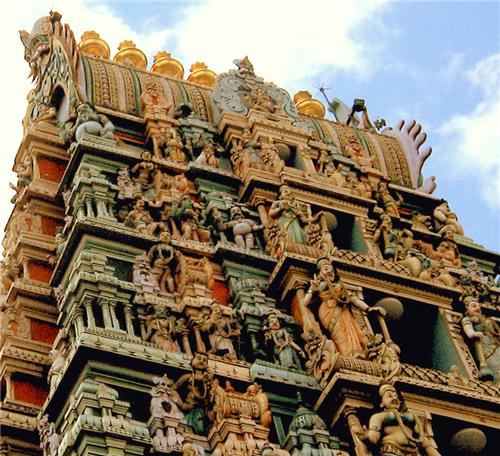 Badrakaliamman Temple is considered the most powerful temple in Sivakasi. The temple has a glittering gold Kalasam which is the main attraction of the temple. The temple is the symbol of self-assertion of Nadar Community who were ill treated in olden days. A separate body called the Devasthanam Committee looks after the pooja performances and festival celebrations in the temple. The temple underwent many structural changes between 1983-84.  The Rajagopuram of the temple is the tallest of all Kali temples in the state.

Explore more about Tourism in Sivakasi